I had a really hard time with the blog this week and it took me some time to finally understood why.  I was in mourning.   Not that “Man of Worth” wasn’t a good show, it was, but there were things missing, not just from the book but from the show in general that are lost forever.   But before we get into talking about what was missing – let’s talk about what was there, specifically our “men of worth”.

As a book reader, I knew what was coming, but that didn’t make it any easier when Ian clued his Uncle Jamie in on the decision that he would be the one to stay behind so Roger could go free.  In the book, Ian has found love with a Mohawk maiden named Emily.  Not so in the show and it made his sacrifice all the more heartbreaking.  Ian is a romantic at heart and his decision was made to save the heartbreak of separation for Jamie and Claire who he has come to love like parents and for Brianna and Roger, a cousin he has come to cherish and a man whose trials were in no small part to Ian machinations. The moment of goodbye between Ian and Jamie brought tears to my eyes, but that was the ONLY good part about the scene.  After spending countless minutes on the made-up Mohawk dissenters, Ian’s decision to change his life forever was done in less time than a Tom Brady Superbowl huddle.  In fact, that’s what it reminded me of when Ian laid out the plan amidst a huddle of Mohawk and break, so quarterback Ian laid out his plan to the rest of the players, namely Jamie, Claire, and Roger. Still, the moment of goodbye was emotional and one of the best parts of the episode.  I also loved that the showed Ian’s travel through the gauntlet, earning himself a place with the Mohawk.  The boy made it through not with strength or brawn, but by well by just being Ian and it was perfect.  We’ll miss you young Ian, hurry back soon!

I’m going to be honest with you …. even in the book, I never bought that Roger had to “think about” returning to Bree.  Personally, in my opinion, if a man loved a woman enough to chase her to the past, he’d love her enough to stay there with her without having to think about it.  The writers tried valiantly to explain it to the audience with the Priest scenes from last week and the way that made Bonnet overtly distasteful to Roger, but it still fell flat and I’m at least glad they had both Claire and Jamie confront his wishy-washiness with anger.   “This is our daughter,” Claire says echoing Jamie’s harsh words that Brianna doesn’t need a coward.  Jamie and Claire have known heartbreak and even though Jamie knows his daughter will hate him forever, he’d rather risk that than have Roger break her heart.

Roger comes meandering to River Run and shows himself a man of worth and after a “Little House on the Prairie” run (the cheesiest moment ever on Outlander) to each other that had about as much chemistry as Little House’s Mr. and Mrs. Oleson, the separated lovers reunite, and Roger asks to see his son. 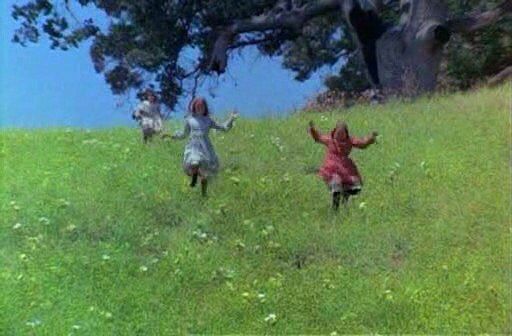 My problem with declaring Roger a man of worth in this episode was the lack of emotion when he finally got what he went through hell for…Brianna in his arms again.  I don’t know what happened…. maybe Sophie ate Rik’s snacks and he was mad at her, but their reunion had me missing the Brianna and Lord John scenes from last week that just oozed with chemistry.   Like her parents, Brianna is supposed to have a love not bound by the hands of time-but when Roger exhibits more emotion throwing a barrel on whiskey on a burning priest than finally reuniting with Brianna, well it’s not a good thing.

Yes, I’m adding Murtaugh into the list of “men of worth” because, at the very least from the look on Jocasta’s face, she absolutely thought the silver fox qualifies.   I’ve heard a lot of feedback from this hook-up and while some hated it, I for one absolutely loved it (and have been predicting it would happen since way before the season even began).  Please allow me to add just a small note of wisdom to the many comments that took the tone of “yuck, they’re old” and “they’re too old to be doing that”.  Yes, people over fifty have sex and believe it or not, it’s rather good sex, mainly because you’re finally old enough to know what works and what doesn’t.  So, in the sage advice of an old idiom…don’t knock it till you’ve tried it!   I can’t wait to see what happens next for this pair and I hope the perennial bachelor as found love at last.

The man who has shown us time and time again that he is a man of worth.  There was a lot to love about Jamie in this episode.  His determination to keep his word to his daughter conjuring a decision that would take him from the side of the one he loves the most.

“He’s alive, Lass,” words were spoken hastily so that Brianna would know that her father had kept his word, even though he came back empty-handed.

The problem is…there was so much missing that affected Jamie’s story.  Yes, I’m one of the ones heartbroken…and more than a little pissed…at the fact that we didn’t get the birth scene from the book.   That scene is far more than bringing a child into the world, it’s about forgiveness and the forming of an unbreakable bond between father and daughter.  Like a death, that moment is gone and can never return.   A friend suggested a Bobby Ewing type scenario to fix the situation that I liked.   At the beginning of season 5, Jamie takes out his sword and runs Murtaugh through following the governor’s order, and Brianna walks in with Roger only to have the latter state “I’m outta here!”.  Brianna can then wake up screaming, only to realize that the last bit of episode 413 was only a nightmare and Brianna goes into labor just as her parents arrive home. (Note:  Outlander writers please feel free to use this scenario free of charge).

If only the show would have had Jamie and Brianna hug or Jamie touch his new grandson, perhaps it wouldn’t’ have been quite as upsetting.  But at seasons end there is still a distance between father and daughter that will take who knows how long to heal.   In the books, after the reunion in season four, Jamie and his daughter never have a cross word again…something I feel won’t be the case on the show.

And another thing….  can I just say how utterly stupid that cliffhanger was?   Anybody in their right mind knows Jamie isn’t going to arrest or hurt Murtaugh!  Ridiculous!   If that wanted us on the edge of our seats, they should have had the British arrest Murtaugh, leaving us wondering to the man’s fate.

Part of the reason I waited so long to do the blog was that I wanted to see the feedback and to my surprise, most people, while maybe not agreeing on specifics, agreed that the finale was lacking as was the whole of season four.  It’s sad, but while Drums of Autumn ranks as my favorite Outlander book, the season ranks as my least favorite show-wise.  There were fabulous moments to be sure, and if you’ll notice those near perfect moments came straight from the pages of the book and not some “what if” scenario tossed out the head writer.

I’ve never understood the mindset of TV writers adapting a book or TV or movie.  “We have to write for the TV viewers as well as the book readers.”  Um no you don’t.  You write and adapt for the book readers who know the material and find joy in favorite scenes come to life – we don’t need no surprises.  TV readers don’t know the difference in something from the book or something created for their benefit alone.

Toni Graphia is starting to worry me and with the plethora of #firetonigraphia and #whatifwefiretonigraphia on social media, I don’t think I’m the only one. Not only was season four the less well adapted and written under her charge, but Ms. Graphia had her hand in another show that I loved, Dr. Quinn Medicine Woman and was rumored to be dismissed due to the actors not liking their character direction.   I couldn’t help but think of this with Sam  and Caits recent comments on wanting more character control.  Now don’t get me wrong, Toni has had a hand in some of my favorite Outlander episodes, but I wish she’d realize that her “what-if’s” aren’t needed.    Her comments on how she sees the family relationships still strained going into season five don’t bode well for the harmony of Fraser’s Ridge. 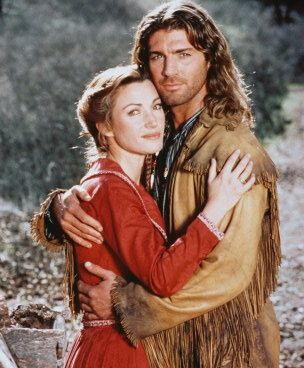 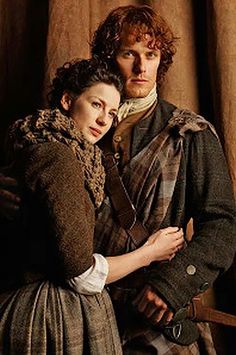 I do have hope though, Outlander is a show that listens to its fans.  The beautiful moment of Jamie meeting his daughter didn’t have a breath that strayed from the book, in no small part due to fans outcry of disappointment over the portrayal of Jamie learning he had a daughter in last year’s print shop episode.  Hopefully, with season five still not in production, the producers and writers will take heed again and finally realize that it’s not the setting or the action that bring us back again and again to Outlander, it’s the relationships between the characters, something that should never be rewritten.

**Special note:  Thanks to Outlander Online for the fabulous screenshots used in the blog!