The Extremism of Outlander

So, I was sitting on the couch thinking the other day, and of course, Outlander comes to mind.  It started as a thought related to a thread on our group page but then went beyond.  Here is the gist:  Outlander is a study in the extremes of life.  Thought I’d jot down some thoughts – obviously, I can’t give examples of everything or I’d have a tome the size of the Big Books, so, please ignore omissions – they were consciously done and not overlooked.  My thoughts jump around from Diana’s descriptions to the visuals of the show – mainly the show for some and mainly the books for others.

Opulence and Humility – Throughout the Outlander series, we see Jamie and Claire in different settings and levels of wealth.  They go from the rough wild Scottish countryside, living by what they can hunt and cook over a campfire and sleeping on the ground with no shelter, to the relative luxury of Leoch with a roof and beds and meals cooked inside, not to mention the Rhenish and whisky. Then they go to Paris where the sheer majesty of Versailles is awe inspiring.  But even as they are amidst such splendor, we are reminded of the everyday, mundane functions common to all people regardless of station – who can forget the King’s constipation and Jamie’s suggested cure of parritch ? And Claire’s disappointment in Louise and her ladies for wanting to hide the less fortunate instead of helping them. (More on that later.)  Then we go back to Scotland and reunite with our earthy band of clansmen on the road.  The humble domains that they march upon take us back to the beginning and see our heroes part at Culloden.  When they meet again, it is in the prosperous city of Edinburgh. But not for long…After a brief visit to Lallybroch, they are once again thrown to humble surroundings aboard the Artemis.  Yes, it is shelter, but they can’t even have a cabin to themselves.  Plus, there are food and grog rations, and all crewmates are supposed to be treated equally as far as that goes.  As Super Cargo, Jamie could dine on better fare with the Captain, but alas, he is too seasick to enjoy that perk. When they finally arrive in Jamaica, they dive right back into luxurious surroundings at the Governor’s Ball.  Then they are thrust back onto ship and wreck in America with nothing but the clothes on their backs and whatever they can salvage from the wreckage.  Very humble indeed.  Throughout it all, they remain unchanged.  Jamie and Claire go through all these situations and places and interact with the high and the low, but they do not change their characters.  They remain true to their core beings. 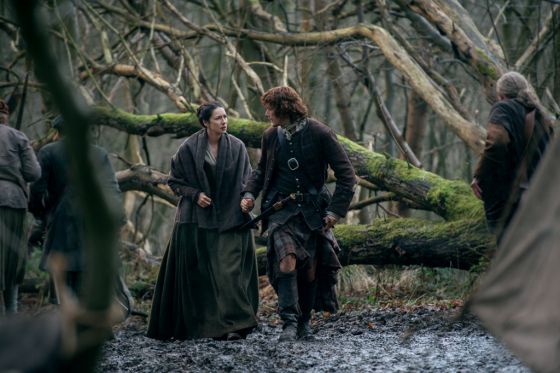 Side thought on “Costuming”:  As I describe all these journeys and surroundings, I think of the different clothes that all the characters wore.  Kudos to Terry Dresbach and her team for dressing Jamie, Claire, and all others on the show as real people.  Terry is a costume designer, but she is not creating costumes.  She is creating period clothing that would be comparable to what was actually worn.  This is much harder to do than many realize.  Researching patterns, textiles and societal/cultural norms of the time periods has ensured that what we see on the show is accurate.  To me, and I think to Terry as well, a good costume adds to the authenticity of a scene, but it is not the focus of the scene.  If it were the focus, it can take us out of the story. Even the Red Dress succeeds in this – it did not take me out of the story as it was a supposed to be over the top as described in the book. And it had to be eye-catching for Versailles.

Romantic and Familial Love and Hate – There are no things further apart yet as close together as love and hate.  Jamie and Claire see quite a bit of both in the series. Frank, Laoghaire, Dougal, Geillis, Colum, Murtagh, Black Jack Randall, and the Duke of Sandringham all come into play here.  I have a love/hate relationship with many of these characters. 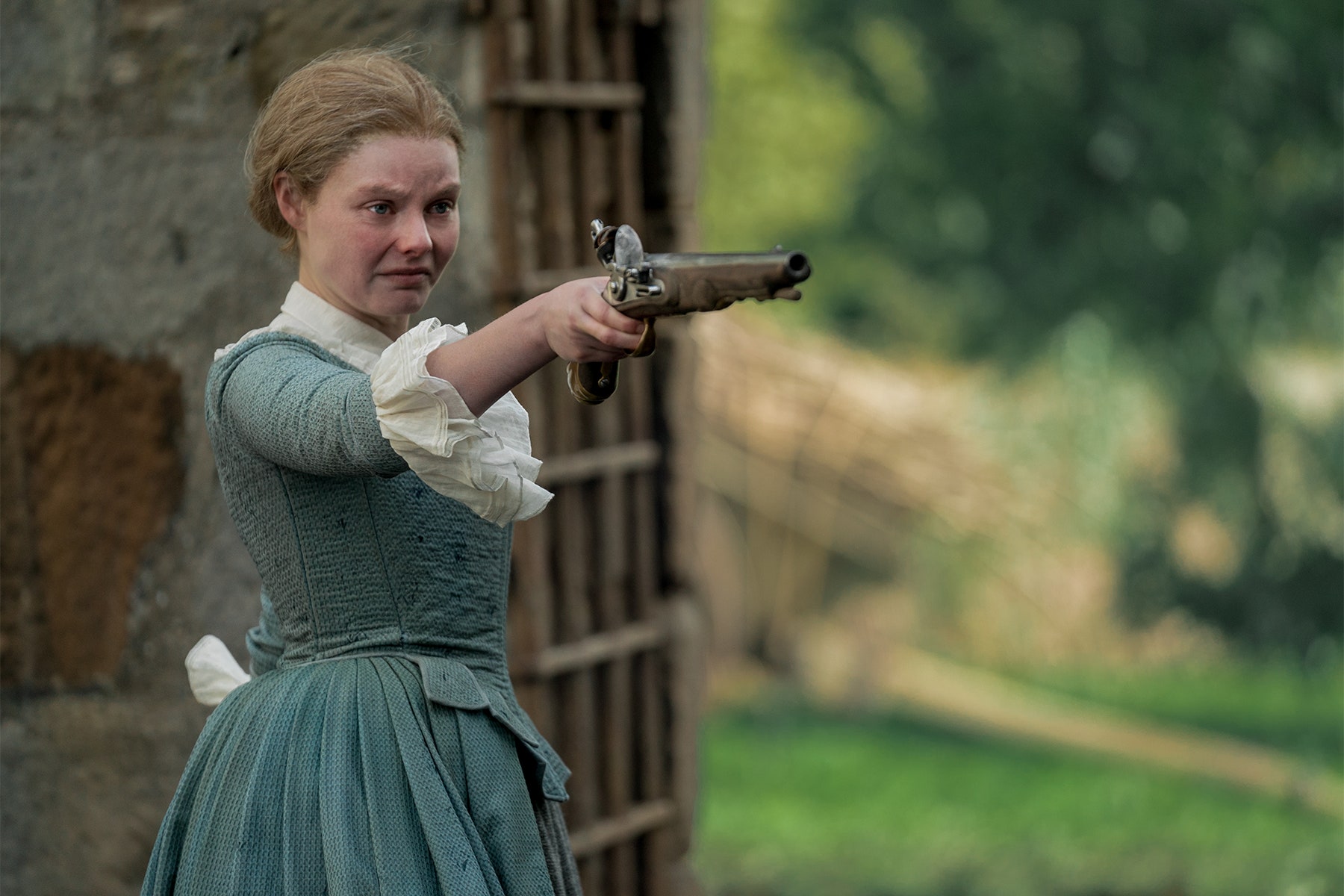 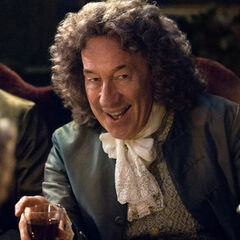 War and Peace – These polar opposites are represented well throughout the series.  We have the peace after World War II when Claire first arrives in Scotland with Frank.  Then Claire is thrust back into a time where the clans are not only fighting amongst themselves but also have skirmishes with the Red Coats. The results of one of these skirmishes are truly how Jamie and Claire meet.  Then when Jamie and Claire get to Paris, it is a time of peace for a while.  Sure, there is plenty of intrigue and espionage, but not war. We see war once again when they return to Scotland for the Jacobite exercise in futility that ends on Culloden Moor. Then twenty years later, after some battles amongst themselves, they are at peace again briefly.  They do battle with Geillis in Jamaica and escape the British, but these are no real wars. And when they settle on The Ridge, they are peace. And then comes the Regulation – the first real rumblings that will lead to the Revolution.  Jamie and Claire can’t seem to escape conflict and war, but they do have plenty of peaceful happy times as well.

Intelligence and Ignorance – We all know that Jamie and Claire are well-educated people.  Jamie was educated in France and knows at least five languages that I can think of: Gaelic, English, French, Chinese, and Latin.  He has great recall for anything he has read.  Claire is much the same way – she went to medical school at a time when women were just not doing that.  She quotes many authors to Jamie, including Robert Burns. I was always amazed at how much she knew as a nurse when she first went back.  There is a mention of her interest in botany and medicinal herbs, but her knowledge blew me away. In contrast, there are plenty of people in the series that could be classified as ignorant. Ignorance doesn’t mean that they are not smart, just that they are not educated.  For me, both Jenny and Ian come to mind here.  Neither of these characters are educated, but there is no doubt in my mind that they are highly intelligent. 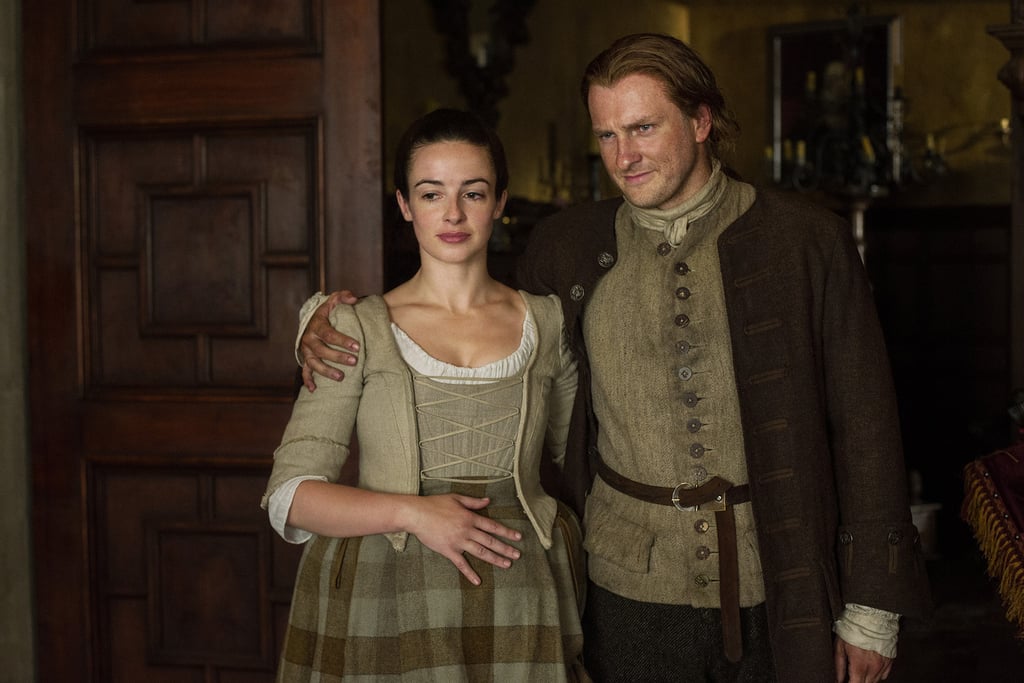 Common Sense and Naiveté – In many ways, Louise de Rohan reminds me of Marie Antoinette in her naiveté. Marie, the Queen of France, was brought up as a sheltered Austrian princess and then married to King Louis XVI.  She had no concept of poverty.  Her most famous attributed quote (although she actually didn’t say it) of “Let them eat cake” was woefully misconstrued.  She was so sheltered that when told that people didn’t have any bread to eat, her response was to tell them to eat cake as surely they had cake, if they didn’t have bread.  She was naïve of the world. Louise strikes me much the same way.  She is aware of the poor peasants, but I don’t think she really understands their plight.  Her solution of moving them to the other side of the city where the nobility would not have to see them is very naïve. Politicians still try to do this today. Out of sight, out of mind. We find her lover, our Bonnie Prince Charlie, much in the same situation.  He has been brought up in the Vatican, continually told that his family are the rightful rulers of Scotland and completely sheltered from the real world.  Yes, he is arrogant as most royals of the time were, but he is also naïve. He truly believes that the clans will flock to him and that they will win against the mighty British without any real resources or weapons or trained army. The clans could hardly agree on whether it was day or night, much less agree to fight together for a monarch that none of them had ever seen.  They may have wanted to be free of the British, but that doesn’t necessarily mean they wanted a replacement in the form of James or Charlie.  And “Mark Me”, he truly thinks everything that he has to say is remarkable and worthy of taking note – which is what that phrase means.  Contrast these two against Jenny.  Even though Jenny has never been more than 10 miles from Lallybroch, she knows how the world works and the practicalities of life.  This may be due to being poorer than Louis or Charlie, but then again she was the mistress of LallyBroch for quite a while. Of course, part of this is because she was not sheltered in her formative years.  She had to learn how to be a mother when her own mother died.  She had to learn how to deal with the Red Coats both before and after her father died.

So…I’ve given some examples of extremes.  There are plenty more, but it would take a much lengthier blog and better blogger to write about them. Diana has woven such a magnificent story that we could (and do) discuss for quite some time and find something new with each discussion.  And what do the members of our clan have to say about this?

2 thoughts on “Going to Extremes….”