When I was a little girl, there was a song my mother used to love called Anticipation by Carly Simon – some of you may know it as the Heintz Ketchup theme song.  Anticipation is keeping me waiting… and yes my mother would always sing it every time she put ketchup on my french fries.   I’ve had that song on my mind a lot this week pretty much any time I saw a picture or quote about the upcoming and long-awaited Print Shop scene.

A Malcolm, the episode written by master storyteller Matt Roberts is called a “love letter to the fans” by producer Maril Davis.  In those pages lay the moments most Outlander fans will say is among the most cherished – the reconnection of 20-year separated Jamie and Claire.  I can’t think about what that moment will be like without a skitter of goosebumps running along my skin, but believe it or not, it’s not the physical reunion I’m most aching to see.

Now don’t get me wrong,  I’m not a prude by any stretch of the imagination, but it’s really not the sex (which is I’ve read the longest sex scene ever aired on television by the way) that makes me breathless, it’s the anticipation of seeing the words penned by Diana Gabaldon and long tattooed on my romantic heart come to life.

We’ve already seen one instance of the book to screen moments – His eyes rolled up and he slumped to the floor in a shower of papers and oddments that had been sitting on the press—he fell rather gracefully for such a large man, I thought abstractedly – and could it have been portrayed any more perfectly?  Oh sure it was out of sequence with  Jamie fainting at the sight of Claire and not at her touch, but still, my heart soared when Jamie gracefully folded and fell, papers floating about like tiny Cupids poised with arrows. 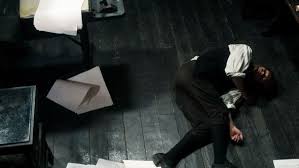 I imagine their first touch will be accomplished as exquisitely – “You’ve come to me so often. When I dreamed sometimes. When I lay in fever. When I was so afraid and so lonely I knew I must die. When I needed you, I would always see ye, smiling, with your hair curling up about your face. But ye never spoke. And ye never touched me.”   Can’t you just imagine the tremble in Claire’s fingers as she reaches out to touch his face for the first time, not to mention Jamie’s reaction to finally knowing the moment is real and not a figment of his imagination?

He splayed a hand out over the photographs, trembling fingers not quite touching the shiny surfaces, and then he turned and leaned toward me, slowly, with the improbable grace of a tall tree falling. He buried his face in my shoulder and went very quietly and thoroughly to pieces.

This is the moment above all others that I hope Matthew Robert’s pen did justice.   I bawl every time I read it in the book – and I’ve read it a lot.   I can only imagine how that moment will play out in the masterful hands of Sam Heughan and Caitriona Balfe.   Jamie’s shaking hand, Claire’s comforting embrace and of course deployment of the thing that slays me every time, Jamie’s single tear – Outlander napalm. 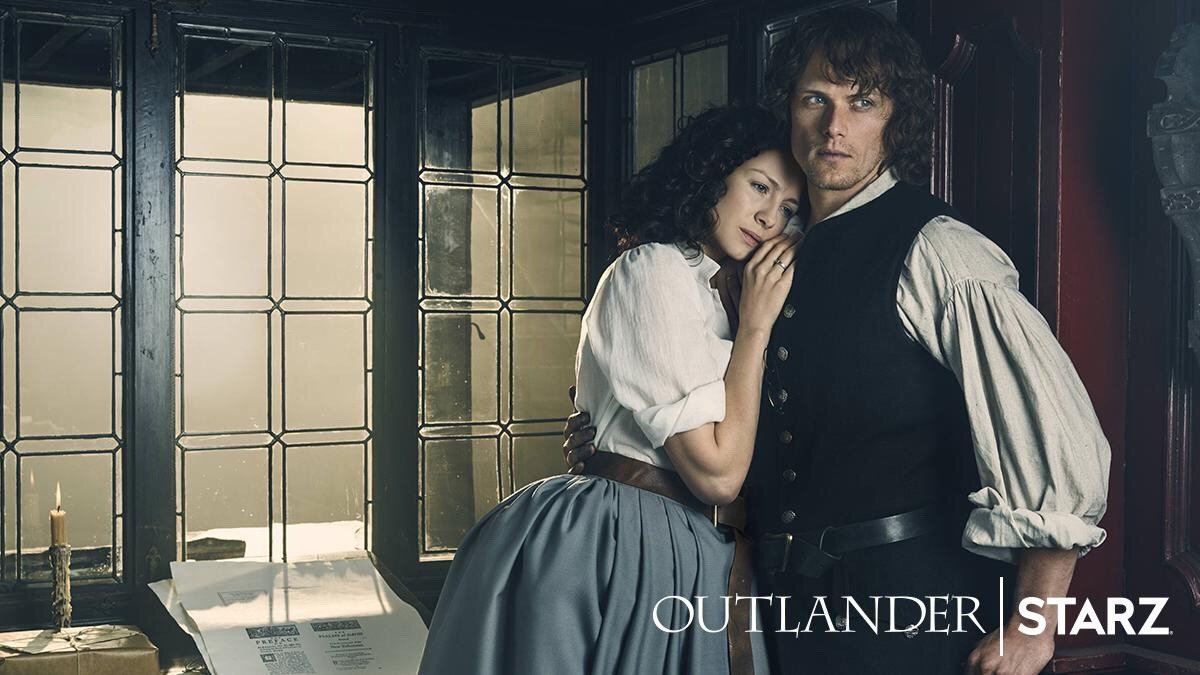 “Do ye want me?” he whispered. “Sassenach, will ye take me—and risk the man that I am, for the sake of the man ye knew?” Is there a woman alive that doesn’t stand up screaming  YES! YES!! at these words with ovaries exploding?  I expect Claire to be more subtle though and answer with a gentle touch or kiss that will have me in a puddle on the floor before it’s over.  Watch Outlander the tease says – like there’s any other choice! 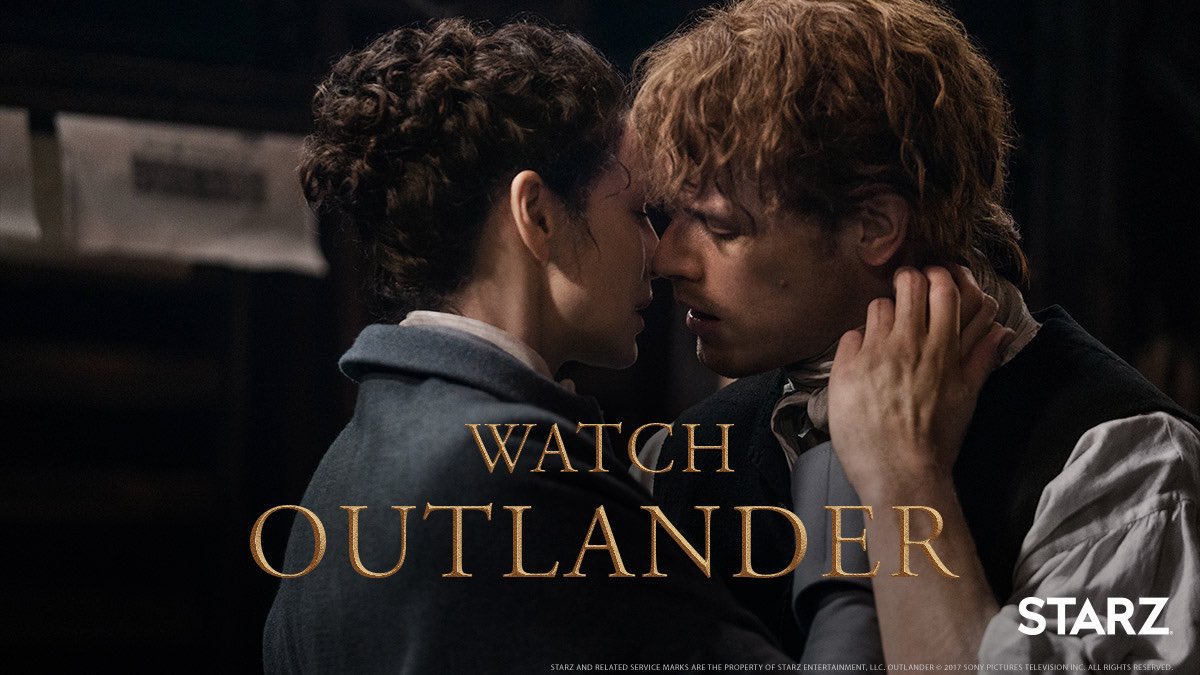 And finally… The body’s memory is different from the mind’s. When I thought, and wondered, and worried, I was clumsy and awkward, fumbling my way. Without the interference of conscious thought, my body knew him, and answered him at once in tune, as though his touch had left me moments before, and not years.

Yes…the sex.   Will it be hot – undoubtedly.   Will it echo their wedding night as the promo suggest – probably.  Will it salve the wounds of the lusting and longing and loneliness and heartbreak these two people have suffered in their 20 years apart? (Not to mention the 5 episodes the fans have had to endure!)  Of that, I have no doubt.

Book to screen adaptions are difficult at best, but the producers and writers of Outlander do a better job than most, careful to honor the moments in the book that define both it’s characters and readers. Sure it will be different, it can’t help but be, but the heart of those moments when Jamie and Claire reunite body and soul will be the same, of that I trust implicitly.

Will it be worth the anticipation….I’ll let you be the judge of that, but as for me – Oh yeah!

2 thoughts on “Anticipation by Crystal Fann”